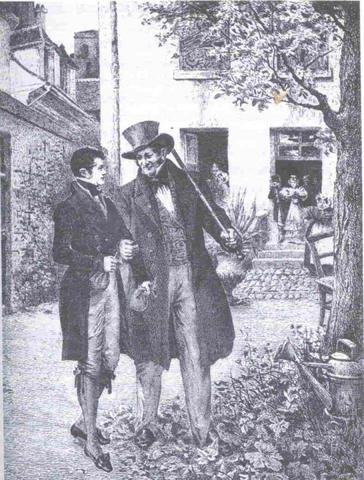 This illustration shows Vautrin and Eugene de Rastignac in the back garden of the Maison Vauquer. Vautrin, with his sword-stick over his shoulder, tells the young man of a scheme he has developed. He will find an heiress for Rastignac to marry for a commission which will be paid later. Other residents are in the background watching the two men. 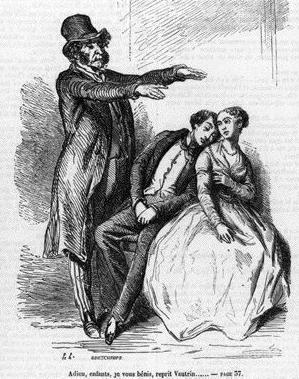 The drugged Eugene de Rastignac has fallen asleep with his head on Victorine’s shoulder. As he is about to leave, Vautrin sees them.

“Good-bye, little ones!” said Vautrin, turning to Eugene and Victorine. “Bless you both!” and he laid a hand on either head.